A group of teenagers living in Los Angeles have drifted out of each others’ lives over the past few years, due to the sudden death of one of the group. Alex Wilder (Rhenxy Feliz) attempts to make in-roads with the group. Despite initial push-back, they all end up together at their parents’ yearly community meeting. There, the kids find that their parents are not all they seem, as they are seen making a human sacrifice in a mysterious hidden chamber. This galvanizes the group to work together to unearth their parents’ conspiracy, all while realizing each of them possess special abilities of their own.

Runaways, based on Brian K. Vaughn’s comic book series, is Marvel’s first outing on Hulu, as opposed to their typical Netflix slate. It’s important to mention since Runaways is really the only reason I subscribed to Hulu and my mom, who normally complains about me spending money on stuff I don’t need, didn’t speak out against this one.

Now that’s not necessarily a ringing endorsement of the show, but we did indeed receive it favorably… but only eventually. Let me explain what I mean.

Runaways is a show with a LOT of characters. Like, a lot a lot. That’s why I put the entire cast list up there, so those of you who haven’t seen it understand the scale we’re dealing with. Unlike Brian K. Vaughn’s original comic, which focused on the teenagers and relegated their parents to pure supervillain status, Hulu’s Runaways features interweaving storylines for both the kids and their parents, fleshing out relationships and giving the parents more to do than cackle and be evil. My mom often made a comment that the show was host to “a lot of crazy people”.

This is both good and bad, because while Runaways provides villains that aren’t one-note cardboard cutouts, it also bogs the series down with a lot of exposition and slow moving storylines for the first 5 episodes. It was hard for my mom to keep track of everything that was going on, and who was working to what end. Heck, it was even tough for me at times. There seemed to be so much going on, but not enough going on at the same time, as the plot moves forward at a glacial pace. And the Runaways themselves spend a so much time arguing with each other and investigating their parents (despite no further evidence needed) that they don’t even run away until the last two or so episodes. Our attention was split across so many extended storylines, that it was hard for us to even pay attention.

But the whole thing seems to turn around and coalesce as soon as Julian “I’m not Doctor Doom anymore” McMahon’s  villain Jonah turns up. His decaying old man form was the one interesting plot point that my mom latched onto, as she was really concerned with what was going on with him. Once he returns in his normal form, the plot does start moving as he serves up incentives for the rest of the parents to continue his crazy plan. Or, as my mom put it, he’s “the devil that’s promising them things and corrupting them.” 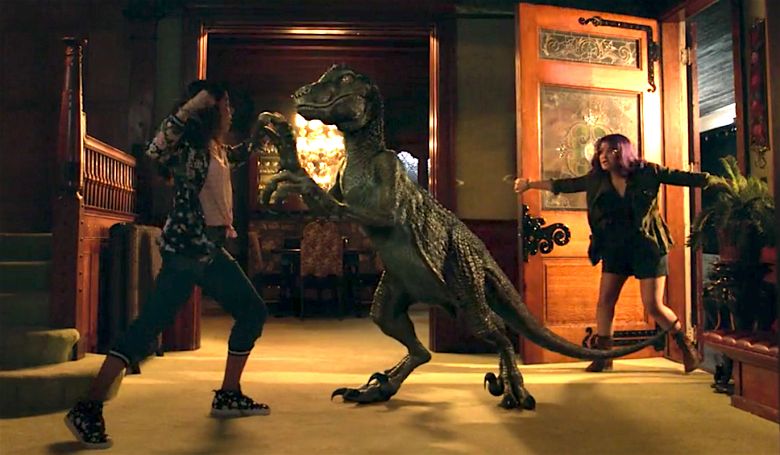 Once things got moving, we had a much better time with Runaways and were really sucked into the plot, even without a solid resolution for the season. Even my dad, who happened to be watching with us, was onboard for the last 4 episodes, which we binged to completion on a Saturday. So it’s safe to say that the back half of the season was much more compelling once all the pieces came together. 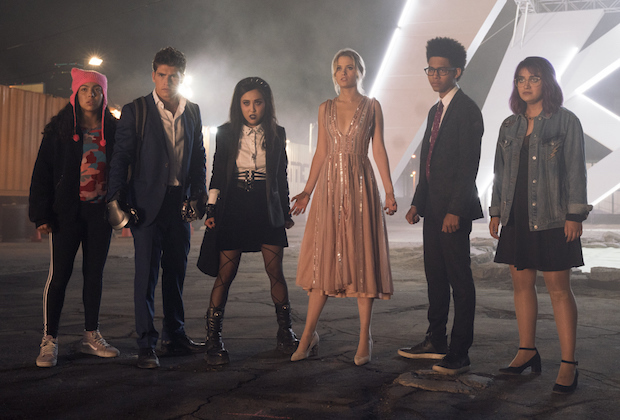 Runaways is much more of a character focused series than a plot based series, and that works to its detriment during the first half of its season, where my mom and I had to wade through a deluge of character arcs. But the back half barrels forward in a culmination of storylines, while setting up others that was really a delight to watch. And to its credit, all of Runaways crazy concepts were well integrated and recieved. My mom didn’t bat an eye over Karolina’s glowing alien form or even Gert’s personal dinosaur. She did actually buy into the world wholesale. So Runaways overall is a bit of a mixed bag, which does end up going over well since its season is a shorter 10, rather than the Netflix Series’ typical 13 episodes. Any more, and it might have lost us.